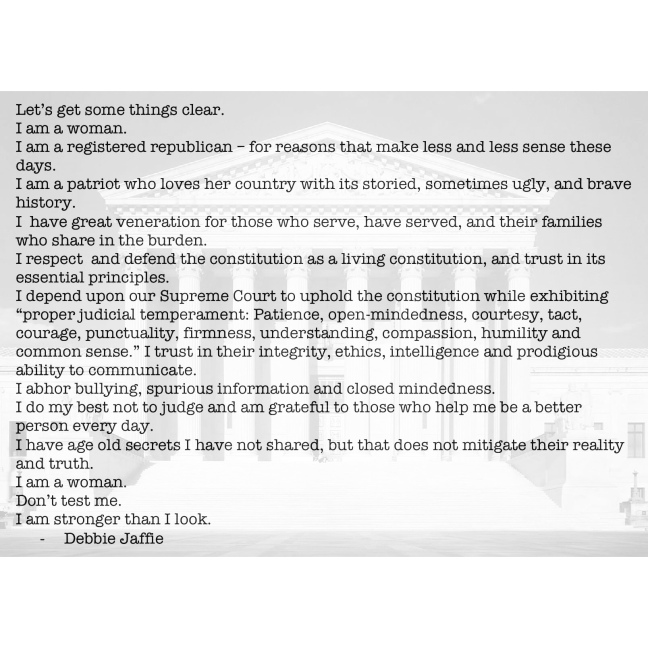 I recently was out with friends and met a guy. As the evening progressed, we chatted, and had a few cocktails and—though it has been a while—I had the impression he was hitting on me. I thought I explained I am not looking to get involved with anyone, and more importantly, nor was I looking to go home with anyone… now, or anytime in the foreseeable future. Then he hit me with a line that is stuck in my head like a bad song. “But I’m not ‘that guy’.”  This got my mind spinning. First of all, who is ‘that guy’? To me, he is the guy who hits on the last remaining not hideous woman. He is the guy who ‘just wants to talk’. He is the guy who just likes spending time with you because ‘you’re not like other women’. Wow… The more he kept saying he was not ‘THAT GUY’, the more I realized he was most certainly the epitome of ‘that guy’. So I tried to explain that I was not ‘that girl’ either. I did not have an agenda, in pursuit of a very specific financial demographic, I don’t particularly care what you drive or what you do for a living, (as long as you DO make a living), nor was I the type that hooked up or waited for guys to buy me drinks, etc. I don’t think he was listening.

I live in a dating failure geographical area–also known as New York. And the question I bring up when with friends, is which came first? In a time and place where I find men to be overly self-aware of their cars, homes, job and miscellaneous and generally irrelevant things, I am always countered. It seems the men I know feel the fault lies with the women in this which came first question. The impression men have of women, is that we have an agenda, we are judging the men based on the aforementioned nonsense. So I wonder, which really came first? Was it ‘That Guy’ or ‘That Girl’?

While the chicken or the egg scenario gets debated, I can tell you this much. I am sincerely NOT that girl and trying to get that fact across is impossible when dealing with the epitome of ‘that guy’.

I would scream it from the rooftops if I thought anyone would listen. But when you are one on one with a person and outright telling them who you are, what you are not, and you are not getting through?—it all seems quite pointless.

Don’t be That Guy (or That Girl). You know, the ones who get the bad rap. Instead, be courteous, respectful and considerate and don’t judge a book by it’s cover.  CRAZY, I know. But it’s a start and works for us all. Because this is THE Guy and though quite likely hard to find, ultimately worth the time.

DDJ – dispatches from the Single Life